Who is Ranger Nick

Often referred to as the "Guru" of camp oven cooking, Ranger Nick is the master of keeping it simple and has been demonstrating camp oven and bush cooking skills professionally since 2010, travelling the country and abroad. Coming from a large family, he whips up a cracker of a meal with whatever is in the tuckerbox.
A previous environmental education support officer and Ranger Guide from outback Queensland, Ranger Nick is putting his bush skills to use wherever his travels take him. When he is not cooking up a storm in the camp oven, Ranger Nick passes on his knowledge to school groups and fellow adventurers, teaching them the art of bush skills, camp oven cooking and outdoor etiquette.

Successfully claiming the World Record title for the Longest Damper at 153.002m, Ranger Nick has regular guest appearances on “Step Outside with Paul Burt”, weekly radio segments on "West Bremer Radio", monthly podcast interviews, is the author of four books, has released a DVD, developed a comprehensive Outdoor Training Program and frequently gets invited to judge at large camp oven cooking competitions.

Considered a dinky-di Aussie character who walks his talk with no dull moments, Ranger Nick’s colloquial language and unique sense of humour have earned him the reputation of the entertaining Bush Cook. Keeping heritage and traditions alive, he combines educational information with bush poetry, yarns and ballads during his camp oven cooking demonstrations.
Appealing to young and old, he leaves a lasting impression wherever he goes and is a conversational point long after the show has finished.
Ranger Nick is available to entertain at corporate and public events or private functions.
A true edutainer and real character, Ranger Nick draws crowds at his performances around the country.
He will bring the outdoors into your kitchen at home, into the back yard, or show how to get out there and do it in style.

Book Ranger Nick for your next event 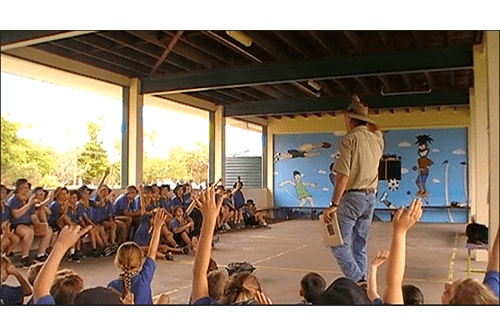 Ranger Nick will visit your school

Camp Oven Bush Cook and Outdoor Recreation Guide Ranger Nick is offering out of class learning engaging programs, that fall within the parameters of the national curriculum supporting the consideration of environmental, social, cultural and economic systems and their interdependence. 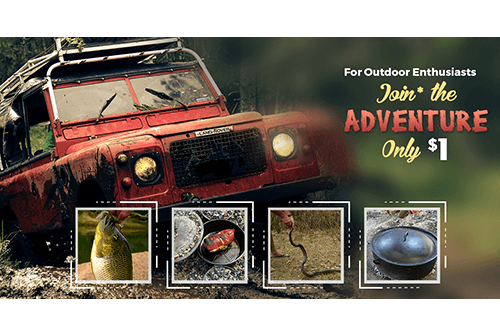 Discover the insider secrets of Australia’s premier Bush Cook Ranger Nick with his practical, comprehensive, one-of-its-kind member training program for OUTDOOR ENTHUSIASTS. Thrive and survive in the great outdoors with tips, tricks and bush craft. Learn the secrets of eating like royals on a tramp’s budget and be independent in the great outdoors!

For a truly unique experience

Ranger Nick has teamed up with internationally acclaimed entertainer, musician, bushtucker man and Indigenous leader David Hudson. Working together in a one of it's kind concept, they exchange cultural skills, knowledge and heritage, and incorporate their musical talents, wit, humour and bush poetry to captivate and engage the audience in an unforgettable performance.

Appealing to young and old, the "Black & White" bush cooking show is educational, entertaining and a draw card for any event. Together, they are unbeatable! 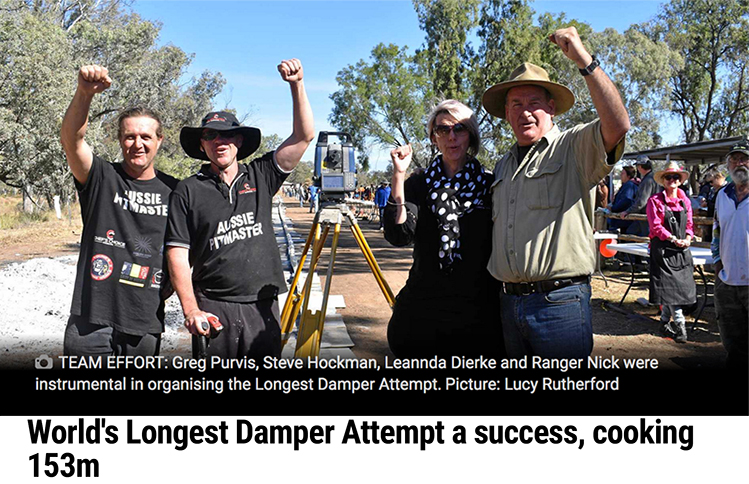 Ranger Nick, together with a team of Aussie patriots, is the current World Record Title Holder for the longest Damper, measuring 153.002m. The event took place at the Charleville Fishing Club on 13th July 2019.

“Leading up to the big event ” 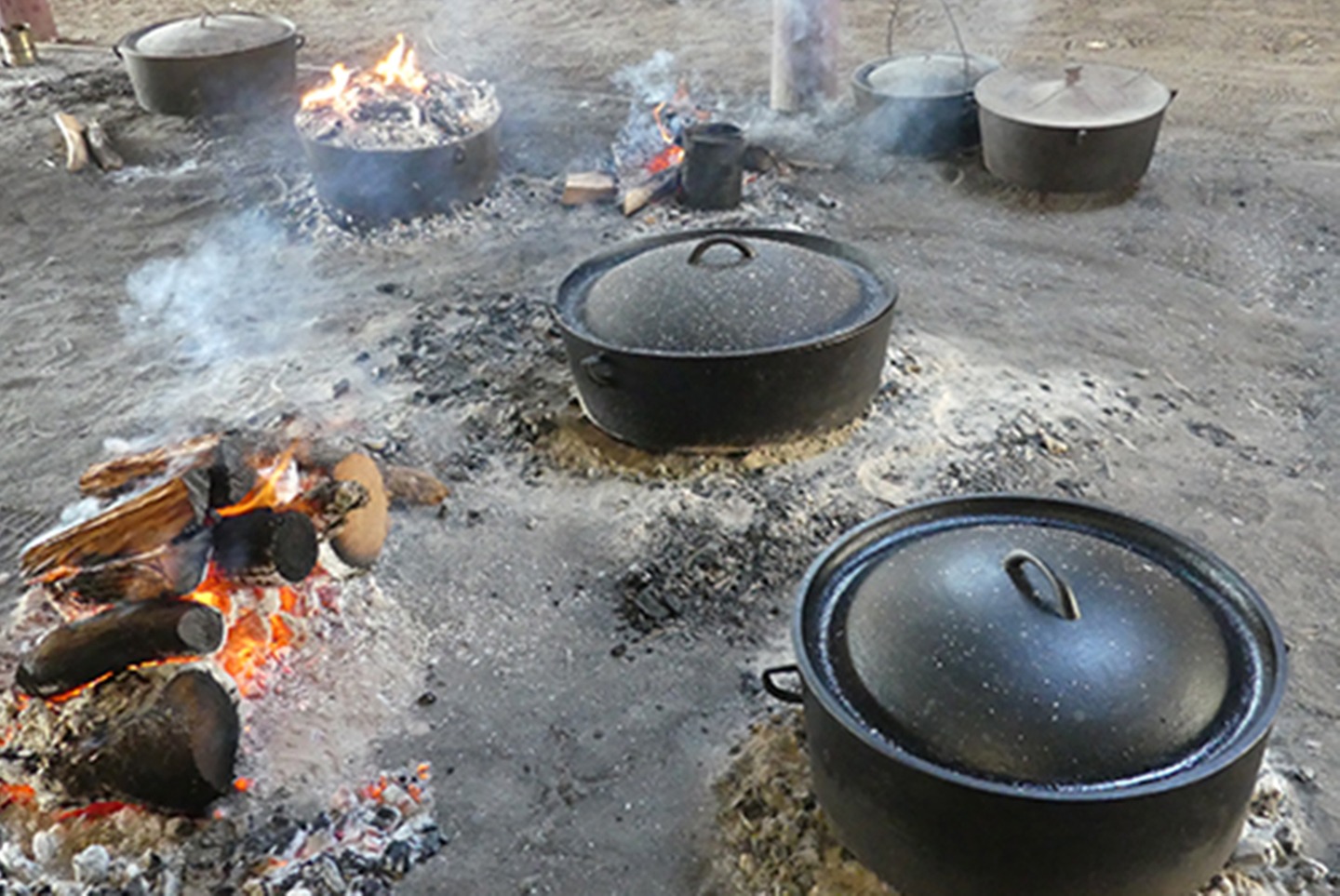 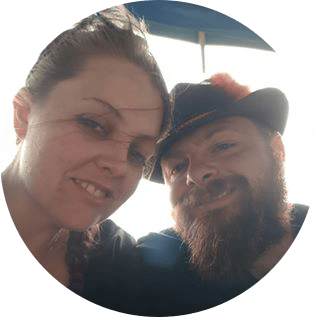 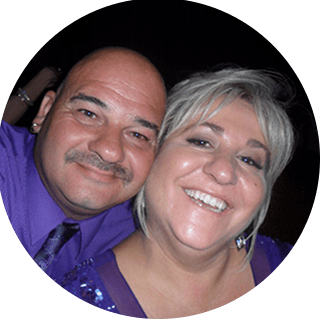 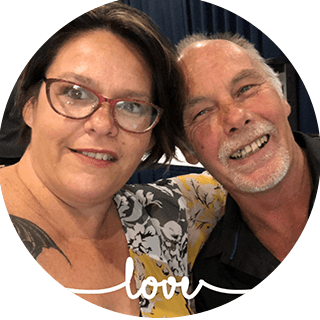 Hear what radio broadcaster Danny P. Hoyland has to say:

You can see or listen to Ranger Nick at: 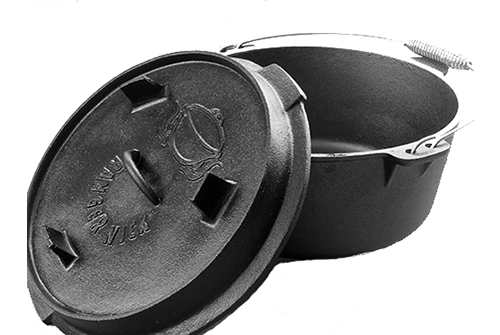 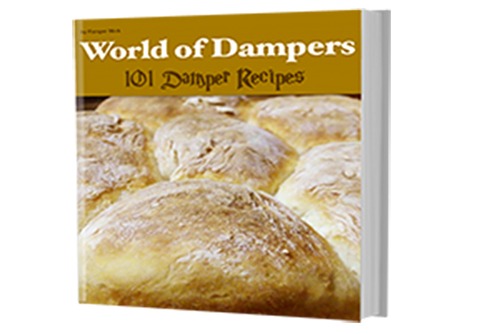 Ranger Nick has published four recipe books to date. They are entertaining, practical and written in Ranger Nick's unique style. 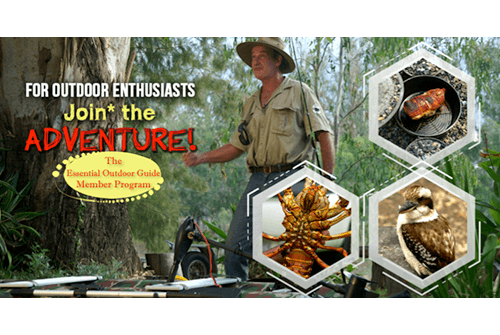 Thrive and survive in the great outdoors with tips, tricks and bush craft via DVD, home study course or online training programs. 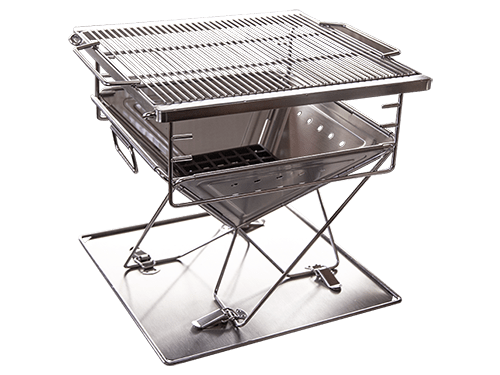 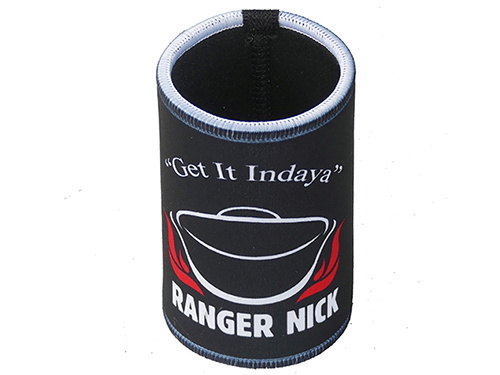 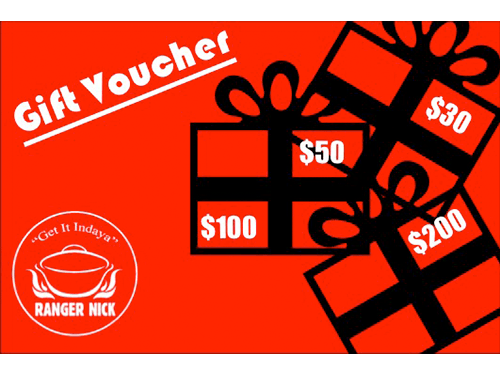 A Ranger Nick Gift Voucher is the perfect gift for "Outdoor Enthusiasts" or a “hard to buy for person”.

The ultimate choice of entertainment and representation
of Australia's heritage, spirit and culture.
A true Aussie experience.